Advent Reflection #1: Making Himself Nothing

“In your relationships with one another, have the same mindset as Christ Jesus: Who, being in very nature God, did not consider equality with God something to be used to his own advantage; rather, he made himself nothing by taking the very nature of a servant, being made in human likeness.” Philippians 2:5-7 (NIV)

I remain in awe of how Jesus made Himself nothing. It is beyond my comprehension to fully grasp the reality of this sacrifice. Other biblical versions indicate that Jesus emptied Himself. What incredible humility, centered in a core of self-sacrificing love. 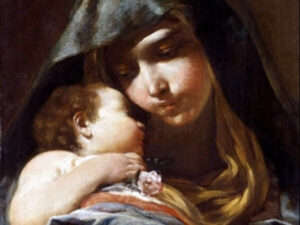 This Advent season, I am pondering the reality of Jesus emptying, and making Himself nothing on behalf of humankind. What Jesus gave up allowed us to increase our intimacy with the Father. Jesus increased our ability to return to the Garden of Eden where walls and barriers did not exist between God and humankind. Consider the ways Jesus accomplished the will of the Father through humility.

Jesus humbled Himself by changing the very form of His existence. Before the creation of time, Jesus existed as Spirit. There were no physical boundaries to His existence. But then, the Lord created time. Within time, the moment occurred when Jesus took on flesh. He went from existing as spirit to have a body, He identified with us, His creation. With a body, we identify our humanity in Him, as our Savior, Beloved, friend, and brother.

Jesus humbled Himself by changing the place of His existence. Before time, Jesus existed in the heavenly realm of the universe itself. He went from being surrounded by majesty and glory, to the confines and limitations of a womb for nine months. He was flesh, surrounded by flesh. Although I do not know what His cognitive capacities were, Jesus’ cells, skin, organs, and bones developed as any other human baby in utero. Mary’s womb encompassed the One who would change the destiny for humankind.

Jesus humbled Himself by changing His independence. Consider that Jesus did not need to depend on anyone before the moment of His conception in the womb. Angelic beings surrounded Him. They worshipped and adored Jesus. Then, on that first Christmas, Jesus was born into a world where He was utterly dependent on Joseph and Mary. Jesus depended on nourishment from Mary. Jesus depended on the protection provided by Joseph. Jesus experienced the need for diapers. Ponder what had been before and the new reality for Jesus as a helpless baby.

As we approach Christmas, consider all the incredible changes Jesus embraced so we can call Him Beloved; so we can call the Father, Abba; so we can call the Holy Spirit comforter and friend. This Advent season, reflect on the three changes which Jesus experienced. How has Jesus changed the way you exist, where you exist, and your independence? Our Creator became a vulnerable baby so we could become the adult sons and daughters as intended by the Father from the beginning of time.